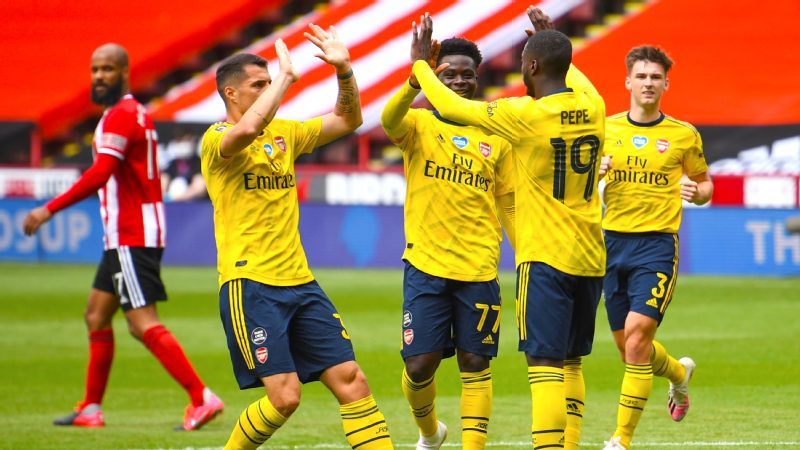 Dani Ceballos scored an injury-time winner to send Arsenal into the FA Cup semifinals with a 2-1 victory at Sheffield United.

Nicolas Pepe opened the scoring with a penalty before David McGoldrick equalised late on.

David Luiz made his first appearance since his disastrous performance against Manchester City while captain Pierre-Emerick Aubameyang started on the bench.

The hosts thought they scored the opening goal inside 10 minutes through John Lundstram‘s header but the VAR ruled it out for offside.

Arsenal were awarded a penalty after Chris Basham brought down Alexandre Lacazette inside the area. Pepe converted the spot kick to score his eighth goal of the season.

United goalkeeper Dean Henderson almost scored a bizarre goal from a clearance but the ball went narrowly over the bar after 56 minutes.

John Egan thought he had equalised but the goal was ruled out for offside after McGoldrick’s touch.

Basham missed a golden chance late on when he missed a header inside the box.

The hosts levelled with three minutes remaining when Arsenal failed to clear from a throw-in and McGoldrick scored from close range.

Billy Sharp almost scored a late winner but Emiliano Martinez produced a smart save. Moments later, Arsenal produced a counter attack and Ceballos’ strike went under Henderson into the net.