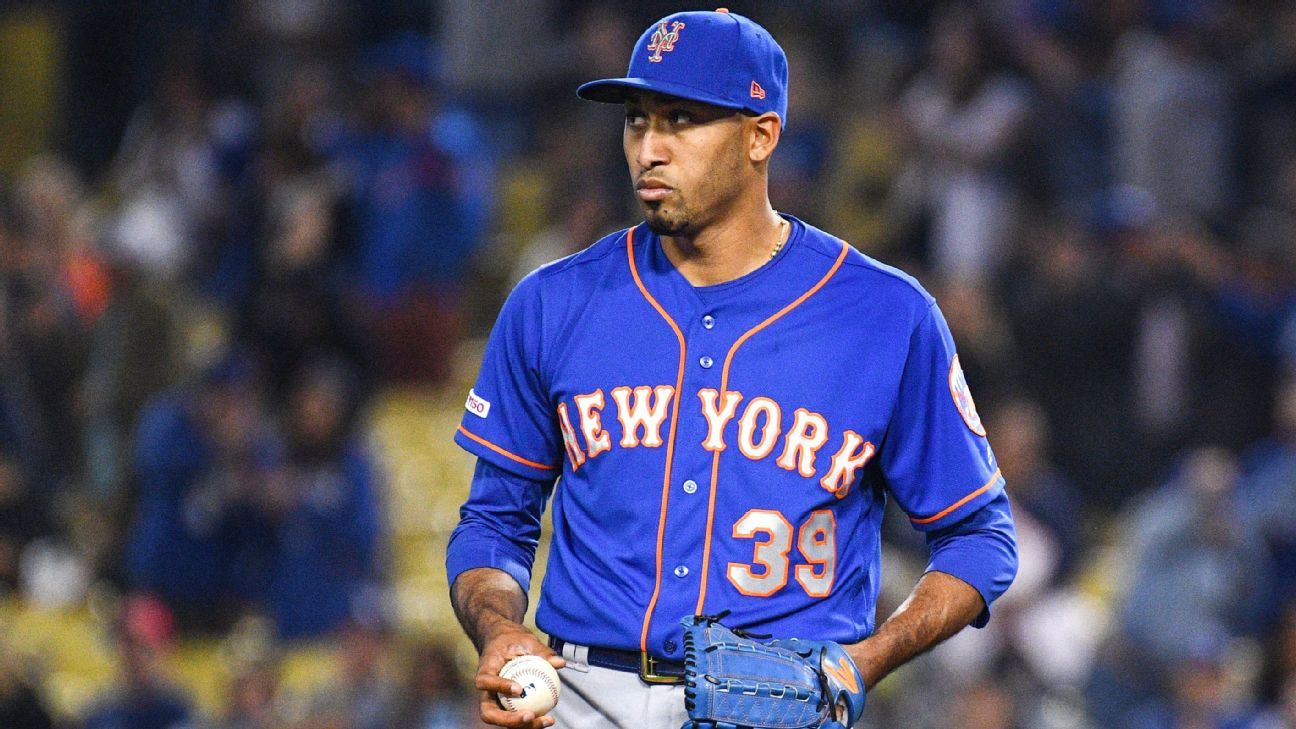 Rojas won’t say if the next outing for Diaz will come in a save situation.

Diaz’s role as the Mets’ closer again is being watched closely for the second straight season after the right-hander walked two batters, hit a batter and gave up a run while recording only one out in Thursday night’s 4-2 loss to Boston.

“It was a little bit surprising, just kind of how the outing went,” Diaz said through a translator before Friday night’s game at the Atlanta Braves. “It had been five days since I last threw, so I felt like I didn’t have my mechanics in order.”

Diaz said he was “trying to overpower my pitches too much.”

Diaz said he told Rojas he would like to be used more frequently — no matter when he enters the game.

“I’m open to pitching whenever,” Diaz said. “That doesn’t matter to me. It’s just one of those things where I would like to pitch more frequently, as opposed to having those long layoffs.”

Rojas said he had “a healthy conversation” with Diaz about the goal “to get him back on track when we get the chance.”

Rojas said “the stuff is there, obviously,” but he was worried about the emotions and lack of control Diaz showed against the Red Sox.

“We didn’t talk about a specific role moving forward but we talked about looking forward to getting him back in there as soon as we can,” Rojas said.

“Diaz is part of the depth that we have for pitchers that have experience closing games,” Rojas said. “For us, we always talk about how much of a luxury that is.”