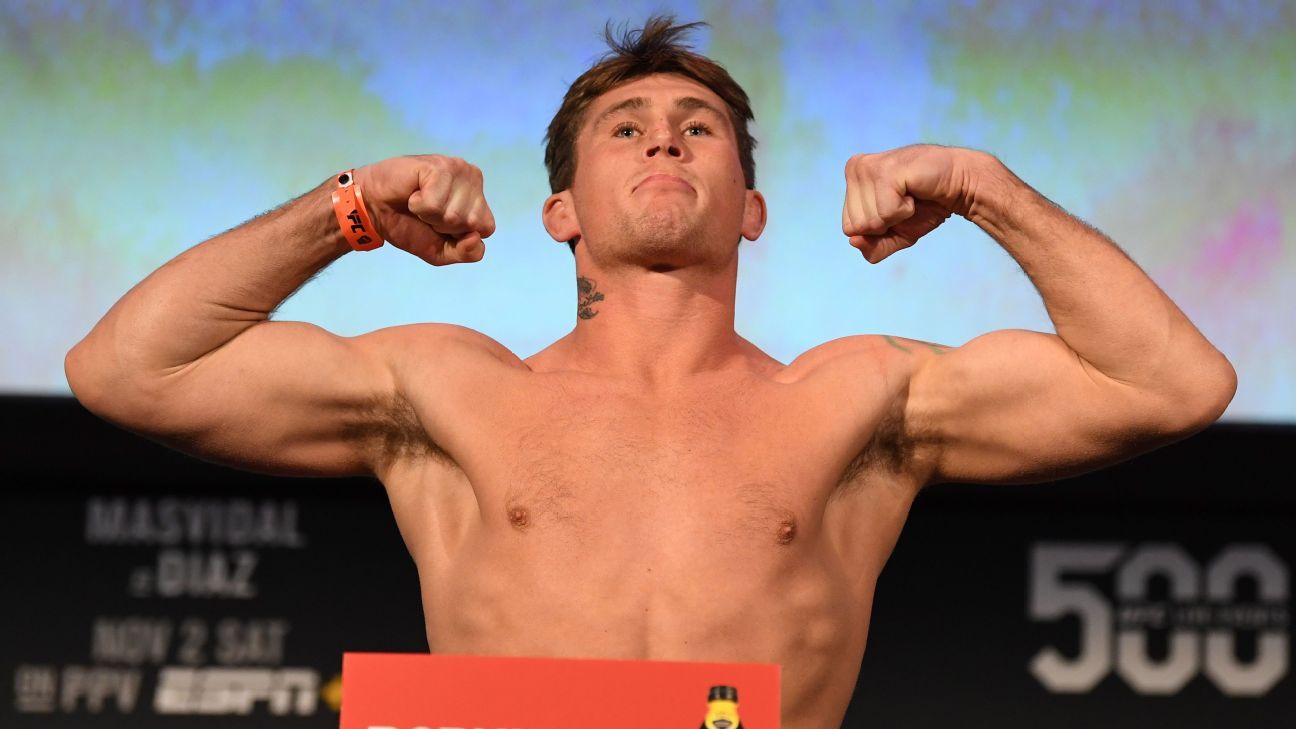 UFC middleweight Darren Till suffered a torn MCL in the second round of his recent decision loss to Robert Whittaker, his coach told ESPN on Thursday.

Till (18-3-1) lost a very narrow decision to Whittaker (20-5) in the main event of UFC Fight Night last Saturday, in Yas Island, Abu Dhabi. Shortly after the bout, Till revealed he injured his left knee in the second round of the contest. Physicians confirmed the injury this week.

“Torn MCL, doctors are amazed he was able to stand up for the last three rounds,” Till’s coach Colin Heron told ESPN, via text. “He is in a cast for six weeks then we’ll reassess, hopefully it will start to knit while immobilized.”

Till, of Liverpool, was in good spirits after the loss, and said he felt it was a win for both competitors. The fight came down to the final round, which all three judges ultimately awarded to Whittaker. Whittaker won via unanimous scores of 48-47.

A former welterweight title contender, Till is now 1-1 since moving to middleweight. He has already faced some of the toughest competition in the division. Prior to his loss to Whittaker, who is a former UFC champion, Till defeated former title contender Kelvin Gastelum.

The Celtics will go as far as their young wings carry them
Madrigal, Encarnacion exit with shoulder injuries
UFC Fight Night: What’s next for Lewis and Weidman? Which prospect shined?
Takeaways from the NFL opt-out deadline: Contract impacts, Pats hit hard, more
Best bets for Saturday’s FireKeepers Casino 400 in Michigan